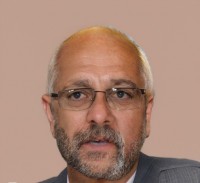 Robert899 Registered Users, Curl Ambassador Posts: 7 Curl Neophyte
October 31 in Pregnancy & Parenting
I'm hoping it's just dad anxiety taking over, but my son wakes up hourly. So I'm constantly trying to figure out why. I originally thought it might be gas or acid reflux, but his pediatrician doesn't think it's acid reflux. He arches his back when he "wakes" and makes an "ahhhehhh" noise. Recently, I've also heard him gasp and tonight he's coughing. He also constantly twitches his neck, sleeps with his mouth open, and sometimes snores. I swear I'm always worrying about something. I feel like the doctors are going to think I'm crazy.