Hi, I’m a new member! This is my hair intro! 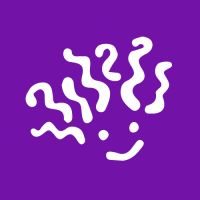 Unfortunately, I have no idea how to handle my hair.
The only reason I even learned I was wavy and not just frizzy was because a few times in the past couple years I would shower late, towel plop my hair until it was just damp, and then sleep on it. When I’d wake up, my roots were at least an inch or two off my head in volume and my hair would have semi-loose, ringlet-like waves. But then I ruined it by brushing it, and by the next day it would be frizzy and somewhat kinky.
Three years ago, towards the middle of my freshman year in high school, I noticed that the ends of my hair had started getting super frizzy, super tangled, and extremely corse. I think this was when my natural hair pattern was completely damaged, so I originally just got a trim. This didn’t help much, so the following September I had almost 18 inches cut. One day I started randomly twisting my ponytail, and it would stay in one huge ringlet for days. I would take my hair down and the waves and curls were so thick I couldn’t even brush through them.
I thought it was just a puberty thing and that it was a result of my hair being thicker, but Tik Tok taught me otherwise! So, thinking that it would reveal my true curl pattern (I was thinking I might have curly hair like my grandma), I got all my hair cut off once again last December, probably around 10-15 inches of hair.
I learned three things:
1) I do not have “curly” hair, but definitely waves of some sort.
2) my hair must be longer than or about shoulder length for my hair to curl up at all.
3) I need a routine for my waves because I’m always frizzy and dry, and I don’t know how to reveal my natural pattern.
So this is the start of building my hair routine!
According to the quiz I have at least medium to high porosity hair, medium width, and medium density.
Describing it from a newbie’s standpoint, when I comb my fingers through my hair the majority is quite soft/silky, but definitely with a lightly corse texture. It’s highly prone to tangling and even full-out knotting, but I can (if I make sure to do it often enough) completely detangle my hair with just my fingers. Additionally, I have no problem wetting my hair in the shower, but I’ve always had a problem with my product “drying” out. As in, I had to use a bunch of it to get any sort of lather or clean my hair.
I semi-permanent dyed my hair within the last six months and occasionally use a blow drier to dry my hair about halfway to about seventy-five percent dry, before letting it air dry.
My hair is super healthy, especially after switching to a great bar shampoo which is just as cleansing as it is hydrating! I hardly have to condition it with this new shampoo, though I do lightly condition it to reduce frizz. However, it’s still not enough of a routine for my natural wave/curl pattern to reveal itself. So, now I’m here. If anyone has tips for what I can try, I’m all ears!
So far, I’ve only ever tried plopping, but my hair was dripping wet and I think it was a bit too much.
Thanks for reading!
0