Does anyone have any tips on using SM Raw Shea Butter Deep Treatment Masque? 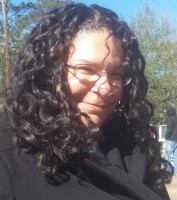 rabar Registered Users, Curl Ambassador Posts: 64 Curl Connoisseur
March 2019 edited March 2019 in Readers' Product Reviews
Hi!  I'm planning on clarifying my hair and decided to splurge on a deep conditioning treatment.  I made a DIY deep conditioner a couple of weeks ago with coconut oil, honey, and my regular conditioner, and it did not do well on my hair, so I'm leery about trying another DIY so soon.  I picked up the "Shea Moisture Raw Shea Butter Deep Treatment Masque w/Sea Kelp & Argan Oil" (such a long name!) at CVS today, and then read reviews about it online (I wish I had read the reviews first--lesson learned!).  I was wondering if anybody on Curl Talk had tried it recently, and if it worked for you right out of the jar or if you had to tweak it, or if you tried it in a different way--just in case my hair does not play well with it tomorrow.  Thanks for sharing your experience!

PS this is the one with the gold label on the jar
rabar
2c/3a/3b, coarse, med-high porosity, medium density
formerly CG method
0