Transitioning, how to diffuse and yet stay away from heat?

Monipen Registered Users Posts: 64 Curl Connoisseur
October 2018 in Transitioning
So I'm 6 months into this transitioning and since I started the CG method. My hair is very heat damaged from using the straightening iron once a week for the past 17 years. So when I started this in April after doing a lot of research and watching lots of Youtube tutorials I decided that I was going to stay off the heat completely. However, I am now finding this problem in my case:
1. My hair takes HOURS to dry!!! (About 4 hours)
2. Fall is starting, it's October and before we know it winter will be here in Norther Europe.

So this picture taken today at work, I had been 2 hours at work already and my hair still looked like this: 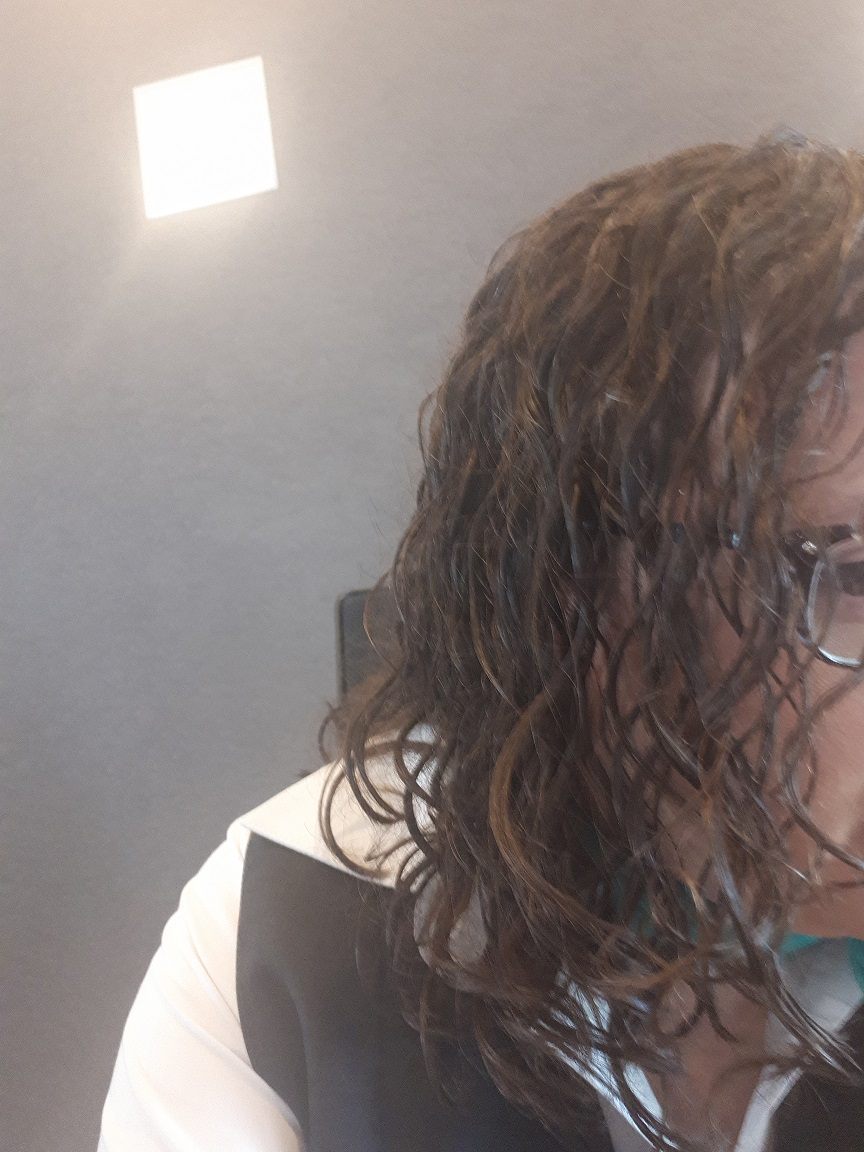 This is terrible! It looks soaking wet! I was thinking I can't look like this, I'ma receptionist sitting at the entrance of the building and I'm the first person people see when they enter the building.