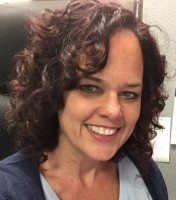 Gretchen AdministratorModerators Posts: 10,840 Curl Virtuoso
January 2018 in Non-hair discussion
So I was reading this article, and apparently, according to Merriam-Webster, the most correct pronunciation of the word "fifth" is "fith" .

WTF?? I have ALWAYS pronounced that second f. Am I looney?